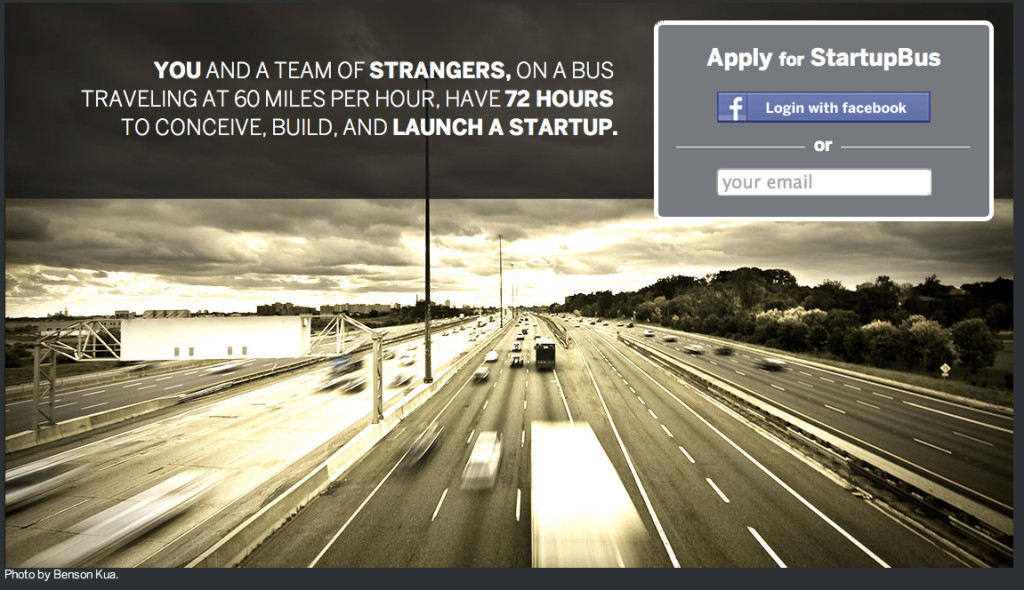 Startup Bus is an innovative accelerator aiming to build a community of young entrepreneurs around the world, and succeeding in doing so. It started as a joke that became serious very quickly.

The concept is simple. You apply to be a part of one of the various organized bus trips (there are six that traversed Europe in Dec 2012; no plans announced yet for 2013). If you meet whatever they are looking for, you are accepted and assigned to a specific bus. Expect your peers to be from a variety of backgrounds, and hungry to dive into the startup culture.

The bus trip costs ~USD200, and lasts 72 hours. During this time you are encouraged to network and brainstorm and a number of tools are given to you; including talks and workshops. You stop enroute on a “startup tour” of sorts, meeting venture capitalists, entrepreneurs, and incubators. By the time you get off, the hope is that you would have the beginnings of a company, with hopefully a couple of cofounders.

In the worst case scenario, you’ve seen Europe (or some other part of the world where the bus is). Not bad, eh??

And for a parody, check this out:

Recently I saw a brilliant documentary that gave some insight into the operation and leadership of the Kingdom of Saudi Arabia. Take a look and tell me what you think:

WELL, not so clear.

Gates has decided to give money out in the form of grants; and its not clear what happened with any of those grantees. They got the money, yes…but then what?? Have the toilets been developed? Are they being tested? Are they being deployed?? Does the Foundation really care?? Well who really knows…

One of the grantees was the National University of Singapore, a place I was stationed at from 2010-12 and working in the field of water policy (including sanitation) at the time. Even with all my networking, I never heard about the grantees, or the development of the project. So I was never able to follow or support the project as it developed; nor was there any chance of collaboration.

From this article, it seems like CalTech was the winner of the challenge. Their model and development is innovative, effective and deserving, but a little technologically complex. I could instantly see problems with operation and maintenance in the developing world. But I’m not sure again what happened with it.

More results of the challenge are available here.

In 2011, the Gates Foundation set out to reinvent the toilet, by developing an international contest. In preparation, they put together cool graphics to layout the issue. Here’s their

Here’s the video to layout the challenge:

Arunachalam Muruganatham at his desk working away on his award-winning sanitary napkin machine.

Lack of toilets and water during a menstrual cycle can mean huge drawbacks for women and girls. They can’t travel or get their work done on a regular basis; families that rely on a woman’s income will often starve during those days when she probably needs it most. Young girls often drop out of school because they can’t use the bathroom when they need, and this has lasting repercussions. Sanitary Napkins have traditionally been out of reach and too expensive for the poor.

Bring in Arunachalam Muruganantham, a poor handyman from a village in India and a high school dropout who was brave enough to take on the project to address the issues his wife was dealing with. It nearly cost him his marriage and made him the laughing stock of his community, but he stuck to his principles. Today, he has pioneered cheap and effective sanitary napkins for the poor in India and potentially the world. Watch his amazing story in his own words here:

New “She Toilets” are causing quite an uproar in South India

In India, a country with one of the worst sanitation crises, the Hindu (the most respected newspaper in India), reports on a new initiative started by one of the small towns in South India to address the issue for women (women suffer the most with lack of access to toilets).

The smart toilets will clean and sterilise their environments automatically. They have coin-operated sanitary-napkin-vending machines and an incinerator to burn used napkins. The toilets have baby stations to help mothers change the diapers of their children and Indian-style commodes.

Electronic display boards will tell users if the toilet is occupied or not. The toilet operation is remotely controlled. The smart toilets will send automatic SMS alerts to its controllers if the septic tank fills up or water supply is exhausted.

There are also security features to ensure the safety of the users. The agency has put up the “she-toilets” as most public toilets lack hygiene and pose health and safety problems to women users. The “she-toilets” have been designed keeping in mind the welfare of women commuters. They will be able to find the location of the nearest public e-toilet by searching on their mobile phones.

Sensor systems inside the toilet trigger its cleaning systems. The toilets will have washbasins, mirrors and health faucets. They will have FM radios and provisions to stop intruders.

Like everything else in India that is a public entity, I worry about the operation and maintenance, and long term use of this wonderful pilot project.

This week is dedicated to sanitation. Around the world over 2.6 Billion people  (that’s almost 40% of the world population today!) lack access to sanitation. The results are catastrophic – high rates of diarrheal disease, typhoid, and other primary water-borne diseases; with numbers of secondary infections (such as HIV and TB) happily taking their toll.  The World Health Organization (WHO) estimates that over 1.6 Million people die every year from diarrheal diseases alone, with 90% of these being children under the age of 5.

The worst part is its preventable. Want to learn more?

Here’s a great video to give you some perspective… 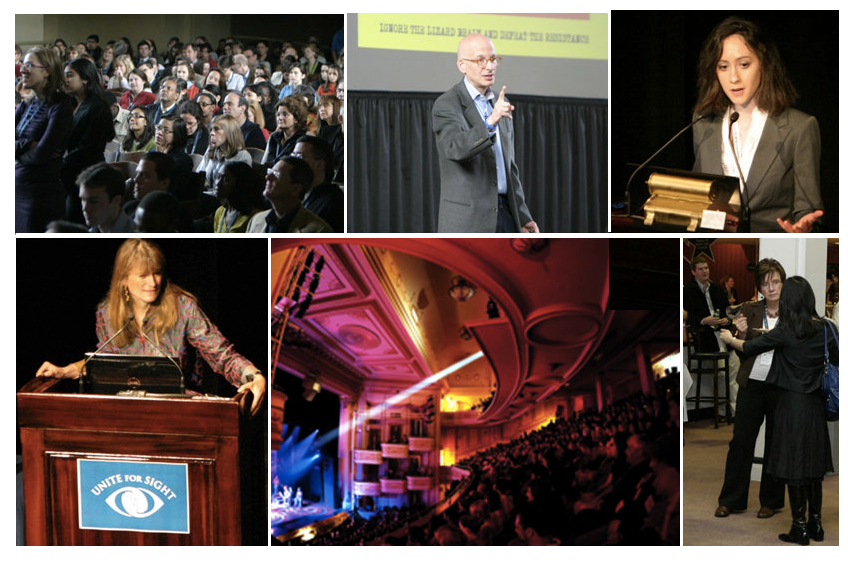 The Global Health and Innovation Conference at Yale

For those interested in presenting, Unite for Sight’s conference at Yale is currently accepting social enterprise pitch abstracts for presentation at the conference.  The registration rate increases after December.

Interested in presenting at the conference? Submit a social enterprise pitch abstract for consideration.

They have a great lineup of speakers, including a lot of stalwarts. Check out their lineup here.

I’m always fascinated by innovative design that is useful, beautiful, and blends science/tech with art in a very unique way.

Recently, I came across a series of projects inspired by the Voronoi algorithm.

This fascinating project started by Stanford Neurobiologist and artist, Alan Rorie, is now on Kickstarter and looks like a winner to me. Building upon the science algorithm, the founder tries beautifully blend science and art to design unique bookcases for customers. Check it out below or here:

I figured the algorithm could be used to design more than just bookshelves, and found this rocking chair by graduate student/designer, David Phillips:

But that’s not enough. I also found a Voronoi bug hotel…in response to a competition to build a 5-star hotel for bugs (!!). The story behind that is here:

Have an idea to make flying or hospitals more efficient?? Well, submit your idea to GE for almost $600k in prizes.

“The Industrial Internet. The Internet of Things. What does it all mean?

In a nutshell, it’s internet-connected devices collecting data and communicating to make industries smarter. This data is then used to anticipate and avoid problems, instead of fixing things after the fact.

As we continue to look for different ways to analyze data we need, we’re looking for people who know how to analyze and interpret data. Like finding an algorithm that can reduce air travel delays, or a solution to streamline a patient’s experience in the hospital.

To get started, choose your quest. Or, to learn more, watch the intro videos for the Flight Quest and the Hospital Quest.