Designer and Inventor, Massoud Hassani poses with his landmine remover, Mine Kafon in the back.

No doubt, you’ve probably heard about Mine Kafon, a beautiful wind-powered landmine remover that’s been designed by Massoud Hassani. I like that it is being designed by expat Afghanis who are planning to deploy the technology in their home country soon. And I’ve really appreciated how smart they’ve been in creating awareness of their project by using all the social media tools available. Although debatable in terms of their efficacy, their openness has allowed input from different experts, and hopefully will help to create a more robust product. Not to mention all the PR they have gotten as a result.

Interested in being involved?? Check out their kickstarter project here.

WE Founder, Ashley Murray has a PhD in Civil and Environmental Engineering from UC Berkeley

A small group of poo-advocates have parked themselves in Accra, Ghana and creating an eco-energy business, transforming sewage into precious fuel.

Called the Waste-Enterprisers, their business model works as follows:

Our business will harness that energy by processing, branding and marketing fecal sludge as a clean, renewable fuel to industries.

Here’s the best embeddable video I could find of theirs that showcased their business model:

Oh, and bTW, they are hiring. See here for more details (couldn’t find anything on their website, but heard about this from a friend). Follow them on twitter @WEnterprisers

From what I could tell, there was an onsite challenge, and an offsite one for app development. You can track and see the results here. 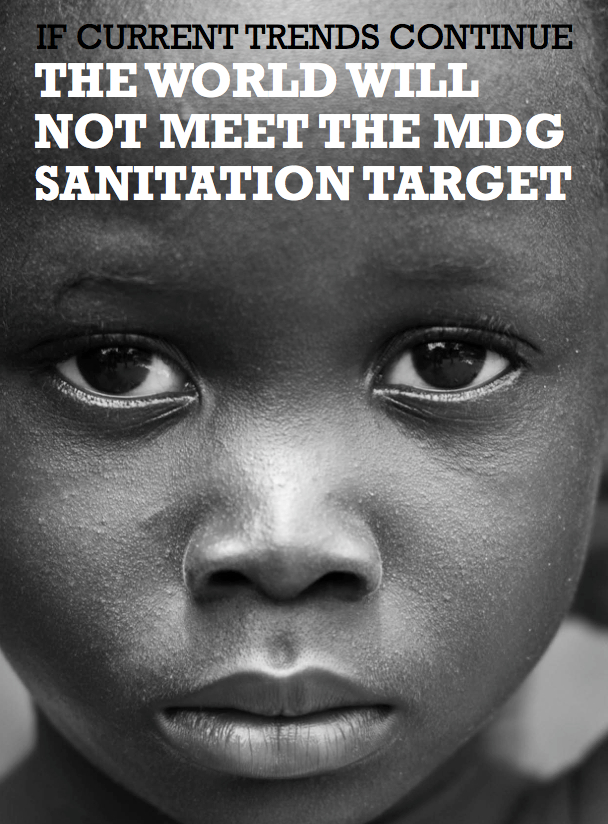 This stunning report from the LSHTM aims to encapsulate and capture the measure of the sanitation crisis in the world today.

The London School of Hygiene and Tropical Medicine has come out with a beautiful report on the state of Sanitation that is accompanied by strong visuals, including pictures, maps and graphics. Check it out here: 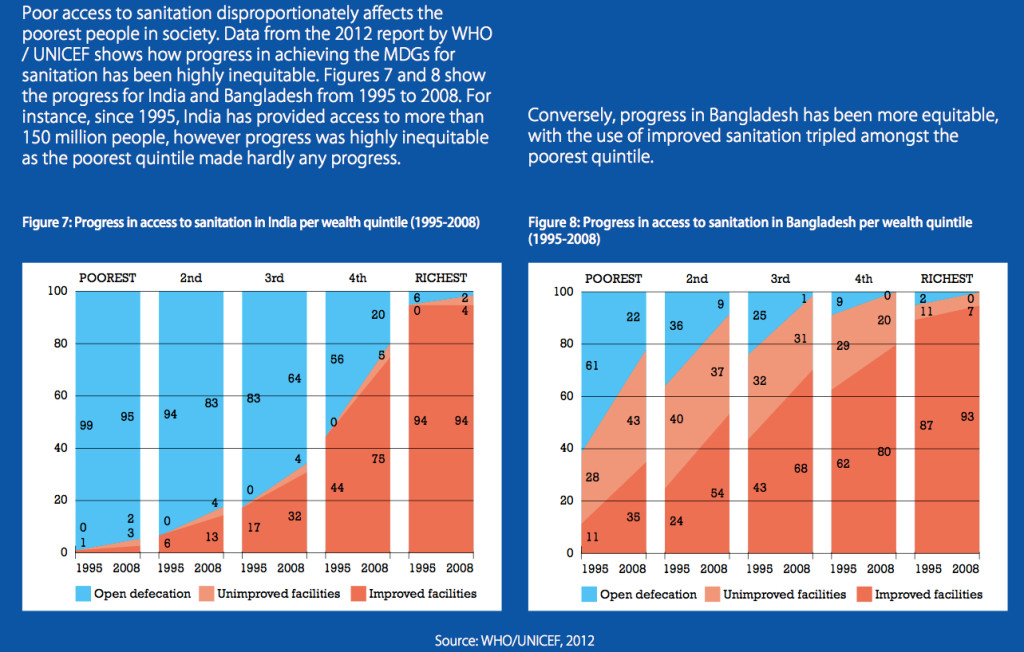 Here’s an example of data that LSHTM has taken from the UN Database and turned into a visual representation. 22 y/o inventor/entrepreneur Ludwick Marishane has created DryBath, a gel-based solution that allows you to take a bath without water.

Growing up in a country with enormous dichotomies in its infrastructure access, South African innovator and entrepreneur, Ludwick Marishane was seeking to solve the sanitation and hygiene problem that he saw taking over his country. The 21 y/o Cape Town Native and founder of HeadBoy Industries came up with a product called DryBath, that gives people the chance to take a bath without water.

In this interview, Ludwick talks about how he came up with the idea:

The idea came to me in the 11th grade in 2007. It was a cold winter’s day; I was sunbathing with some friends of mine, when one of my best friends had to go bathe. After we nagged him to hit the shower, he eventually said, “why doesn’t someone invent something you can just put on your skin and avoid the need to bathe?”

A light bulb went on as I realized that I would be willing to pay money out of my pocket to buy such a product. Bear in mind that we were in the middle of the rural Limpopo province, with almost non-existent resources. I went home that day and used my web-enabled basic cellphone to research if such a product existed. My research showed that the product didn’t seem to exist, and there was a huge market of 2.5 billion people in the world without proper access to water who were in dire need of such a product (that number doesn’t include the billion more like my friend, who were lazy to bathe). Coming from a poor background myself, I felt compelled to create the product. It took 6 months and endless time on Google & Wikipedia to do it.

And here’s a great TEDtalk that he gave recently: